Information
Today(May 31)afternoon,Beijing Star Glory Space Technology Co.,Ltd.(hereinafter referred to as"Star Glory")conducted a 15-ton liquid oxygen methane rocket engine gas generator ignition test in the Ximen plume test area of Shahe Campus of Beihang.
This is a proper noun that ordinary people can't read in one breath.
"It's a great thing!"Dong Jian,a commentator on current affairs on international issues and military expert,told China Founder Search(ID:xjbmaker).
Musk and his Space X are like catfish,stirring up China's private rocket market.
Over the past year,news from several domestic private rocket companies has been constantly appearing in the public eye.
More than a month ago,Starglory launched a solid verification rocket,Hyperbola 1 S,in Hainan.
Last December,Beijing Blue Arrow Space Technology Co.,Ltd.,which is also a private rocket start-up company,successfully conducted the first ignition test of the gas generator of a 10-ton liquid oxygen methane rocket engine,and completed three tests of the thrust chamber of the liquid oxygen methane engine at the beginning of this year.Yesterday,Blue Arrow Aerospace announced that the first batch of large nozzle products had been completed in the near future."This is a new milestone."Blue Arrow Aerospace Chief Engineer Wang Minghang introduced.
Blue Arrow Space Trial
In this wave of private rockets,the most well-known is probably zero space.On May 17,Zero-one space successfully launched the sub-orbital sounding rocket"Chongqing Liangjiang Star"at a base in Northwest China.
Two private sounding rockets were successfully launched one after another,and a number of companies announced that the test run was successful.The industry has been discussing whether private space entrepreneurship has entered the sprint stage.
But this is obviously not a question for the general public.You are dazzled by a lot of technical terms.Perhaps there is only one question:How good are private rockets?
Before answering this question,here are two key questions about rockets.
Sounding rocket or launch vehicle?
Why launch rockets?This is the first question that the"Chinese Musks"have to answer.
Fantasy,like Musk,was born with human dreams.Musk plans to launch 1,200 satellites to bring the Internet into space.The ultimate dream of SpaceX is to immigrate humans to Mars.
Amazon CEO Jeff Bezos also owns an airline called Blue Sky Origin.Despite the lack of space X's reputation,the space company's goal is to send humans out to space.
Compared with American geeks,domestic private rocket start-ups appear to be"grounded gas"a lot.Although the specific subdivision business is still unclear,the common goal of private companies,including Blue Arrow Space,Star Glory and Zero Space,is to put microsatellites into low Earth orbit.
"The logic of the national team is to concentrate resources on big things."According to Yang Feng,CEO of the Institute of Astronomy,the launch of small satellites that the national team has no time to take into account is an opportunity for private rocket entrepreneurs.
"The launching of satellites under 500 kilograms depends on commercial and market-oriented private enterprises."The founder of Zero-One Space agrees comfortably.
Star Glory official website also clearly stated:"In the early stage of development,the company focused on the research and development of high-quality,low-cost,fast-response small intelligent launch vehicles,providing integrated commercial launch services for small satellites and constellation customers around the world."
Since it is to launch micro-satellites,it is necessary to launch rockets.At present,the only successful rockets launched in China are sub-orbital sounding rockets.
The difference between launch vehicles and sounding rockets is great if they can also"go to heaven".The most intuitive performance is that the size of the"Chongqing River Star"about 9 meters long is not as big as a booster of Falcon 9.
Suborbital flight refers to flying at an altitude of 35 to 300 kilometers from the earth.According to reports,the highest flight altitude of Chongqing Liangjiang Star is 38.8 km,the highest flight altitude of Hyperbola No.1 S is 108 km,and the orbit of the International Space Station is about 400 km.
This means that China has not yet a launch vehicle that can produce commercial value in a real sense.
"We think sounding rockets are essentially different from launch vehicles."An insider from a space group told ID:xjbmaker,"Like bicycles and trucks,bicycles have a certain carrying capacity,but they can't compare with trucks at all."
Even if the first launch was successfully completed,Star Glory said that it was only a validation flight:"The first time without orbit is of little significance."Blue Arrow space is aimed directly at the launch vehicle.It is planned to produce a 100-ton liquid oxygen methane engine in 2019 and make the first flight of a medium-sized rocket with liquid oxygen methane in 2020.
Launching sub-orbital sounding rockets is not completely meaningless.Dong Jian introduced that sub-orbital Rockets have many military applications,including atmospheric observation,disaster search and rescue,physical experiments and agricultural services.
Pictures come from the Internet
Solid fuel or liquid fuel?
Solid fuel engine or liquid fuel engine?This is another divergence point of private rocket.
Dong Jian nicknamed the solid rocket motor"Big Two Kicks":although it is more complicated than this,the solid rocket motor is essentially a bunch of gunpowder wrapped in the outer shell. 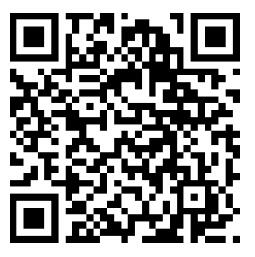